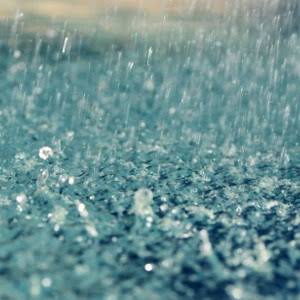 City On High Alert As Heavy Rainfall Is Expected

The City is ready and prepared to assist residents affected by the heavy rainfall expected over the coming week. Current forecasts are showing persistent rainfall over the next three days with thunderstorms anticipated in the evenings.

Rainfall is expected in the central and northern regions of eThekwini this evening with localised flooding due to saturated ground conditions. Moderate to heavy thundershowers are expected on Tuesday and Wednesday evening potentially impacting river levels.

The Forecast Early Warning System and Disaster Management teams are monitoring the patterns and will update accordingly.

Affected residents can call the City’s Disaster and Emergency Services for assistance on 031 361 00 00. The public is urged to be patient as staff are dealing with high call volumes.

The public is also urged to report any potential storm-water blockages to the Roads and Storm-water Management Department via the call centre on 080 131 3013. Residents are urged to not litter as the waste blocks the drains and water courses. This then leads to blockage of the culverts and water backup or lateral flowing.

Rivers and streams will continue to rise with the predicted rainfall and therefore bathing in or crossing swollen rivers is not encouraged.

A number of areas in eThekwini have been affected by the substantial rainfall since last night including the north to the inner west as well as parts of the inner city. The City will be monitoring flood plain areas as well.

Currently, there are no casualties reported. However, a number of roads have been affected. This includes Old Main Road west bound which has been closed off due to high levels of water as a result of storm-water drains being blocked. The closure is just before the intersection of Old Main Road and Anderson Road. Officials are working to unblock the drains.

The M4 between uMhlanga and Sibaya has also been affected as part of the ground has washed away. Motorists are urged to use alternate routes as an assessment is conducted.

The public is also urged to avoid sharing false information being circulated on social media of incidents related to the rainfall as this causes unnecessary panic. Only verified information issued by the Municipality or credible news sources should be trusted.

This website uses cookies to improve your experience. If you continue to use this site, you agree with it.